The basilica concattedrale di Sant'Andrea is the largest church in Mantua, designed by Leon Battista Albertisi is Renaissance.
The purpose of the new building was to accommodate the pilgrims who came during the feast of the Ascension, which was venerated a vial containing what is believed to the blood of Cristo.

La relic is carried in procession on good Friday, and is preserved in the crypt of the basilica. The plan is a Latin cross with a single nave covered by a barrel vault with coffers.
The side chapels are a rectangular base, framed by an arch inputs, which incorporates the façade. Three smaller chapels are obtained in the walls of the pillars. 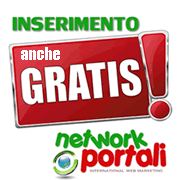